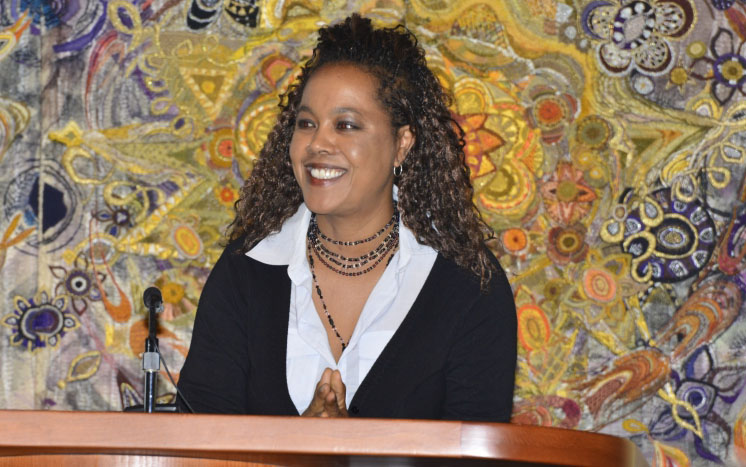 (Dr. Yarden Fanta-Vagenshtein)
On June 18th, 2014 United Jewish Federation held a Town Hall Meeting to discuss the progress Federation has made and its plans for the future.  The meeting included an introduction of the "Back to School" program which provides brand new clothing and school supplies for underprivileged children, the nomination of President-Elect, Ellen Weber, an inspiring speech by Dr. Yarden Fanta-Vagenshtein, and the playing of the "Match Game" to raise funds for Beit Singer and PJ Library®, raising over $7000.  The night also celebrated Kulanu's 2014 graduates, the announcement of the Helen S. and Isadore Mark Teen Leadership Award recipients and the naming of the Rabbi Alex J. Goldman Memorial Essay Contest winners.